In my first year at Eton College, I joined the musical society. My first performance was as a treble in Mendelssohn’s Elijah.

I arrived in Perth early in 1971 and studied law at UWA. I joined the Undergraduate Choral Society (PUCS), which was my spiritual home for the next five years.

One benefit of singing with PUCS was the annual intervarsity choral festival, which enabled me to visit and perform in six capital cities (including Perth in 1973, when I was privileged to be the convenor).

After graduation, I joined Collegium Musicum, in which I sang between 1976 and 1987 under David Tunley, Richard Gill and Margaret Pride.

I then had a stint with the WASO Chorus in the early 90s. I joined UWACS in 1996 and have been fortunate to sing in some 65 performances since then under Prue Ashurst, John Beaverstock, Burman Güner, Jangoo Chapkhana and Chris van Tuinen.

I very much appreciated the experience of singing requiems in Russia and New York (Verdi and Rutter respectively). Also memorable were the two tribute concerts for Prof Frank Callaway and the 75th, 80th and 85th UWACS birthday gala concerts.

As the new President, I’m delighted to be helping UWACS to celebrate its 90th birthday in 2021. 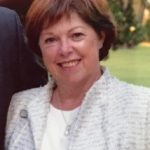 I have always loved music. From Harry Belafonte to Swan Lake being played on a vinyl record player as a young child. I also loved singing Hymns at Church and School as well as going to the ballet and live musicals. It was not until 1980 that, at the insistence of a friend, I auditioned and joined the Gilbert and Sullivan Chorus.

In 1985 I joined the Perth Oratorio Choir, one of only 2 large choirs in Perth at that time. UWACS of course was the other one.  For a number of years I took voice lessons from Megan Sutton. I remained with POC until 2009 working for 14 years with Dr. Robert Braham.

My various roles on the Committee included Choral Steward; Orchestra and soloist Contracts; organizing large events; media; being responsible for VIP’s; drafting and managing applications for grants, as well as Vice President for seven years.

I joined the WASO Chorus in 2005, taking a break from music in 2007. When I joined UWACS in 2012 it was such a lovely surprise to find many old friends from POC and WASO to team up with again!

I joined UWACS at the same time as Chris van Tuinen, so have been a member since 2011. It’s my first ‘official’ choir and I love it. Having grown up with a mother who was a classically trained singer and a father whose family had a number of excellent amateur singers (and cut some vinyl!), music and singing has always been part of my life.

In my working life as a teacher I was involved in a few school musical productions, but nothing more than that. As soon as I retired I joined UWACS and discovered a whole new musical experience. I was made to feel very welcome by fellow members and have felt blessed to have such a gifted Musical Director in Chris van Tuinen. Being on the committee has given me the opportunity to get to know more members and contribute in a different way to this wonderful choir.

I arrived in Australia in 1973 and, once family commitments eased off, I joined the then newly formed Churchlands Choral Society. This gave me back the joy of singing that I had forgotten about. I took on the position of Librarian with the choir position I held for 19 years before taking time off so that I could have more time to concentrate on singing with UWACS. Joining UWACS as a visitor to sing Carmina Burana gave me the confidence to tackle larger works and since becoming a full time member of the choir in 2013, I have found the work of preparing major works a wonderful challenge.

Singing has always been my passion. Over the years I have taken part in local talent competitions, eisteddfods, cut vinyl with a modern music group, sung in church choirs, performed a couple of times at the Sydney Opera House and more recently, sang in four cities in China.

In 1997, I immigrated to Australia from South Africa with my husband and two sons. With the demands of work and family life, it was only several years later that my search for a vocal group began.  My brief was simple. I wanted to belong to a group of choristers who took their music seriously, were competitive and enjoyed performing.

In 2015, I discovered the UWA Choral Society and after a few minutes into my first rehearsal, I knew that this where I wanted to be. In 2020, after having performed in many concerts, I felt it was time to make a greater contribution and took up the position as Concert Manager.

I am privileged to be part of a great group of choristers and look forward to this challenging role and contributing to the ongoing growth and success of UWACS.

I originate from Singapore and learnt the piano from the age of 7 and started choral singing with school choirs, church  choir and onto choirs at the national level – the Singapore Junior Choir and onto the Singapore Youth Choir when I started travelling to international music festivals, the first being in Melbourne back in 1979! Choral and ensemble singing as a hobby was very much part of my life through law studies and a career in law (Singapore Symphony Chorus, Singapore Broadcasting Choir, acapella ensemble of 12 etc) until I migrated to Perth in 1996. Family life in Australia (with no domestic help) and a new career in real estate took over and there was a brief hiatus from very active choral activity to just a little participation in the church choir and starting a little children’s choir in church. 2015 was the right time for me to get back into it and I tried UWACS hesitantly and was won over by the practice sessions, the warm choristers and the talented conductor (then Chris van Tuinen). The recent 2019 China Concert Tour has brought about a great camaraderie within the choir and I’m now enjoying my time in UWACS more than ever under the baton of Kris Bowtell.”

I worked as a geologist and environmental scientist with industry and the Western Australian Government before retirement. Until recently I was involved with the monitoring of the rock art on the Burrup Peninsula.

I have a wide range of choral experience including:

Ever since a very young age I have always seemed to have a song running through my head as music was a big part of our family growing up.

Starting singing lessons with the pastor’s wife while at primary school (after working out I didn’t have much talent for playing the piano!) I found I enjoyed every opportunity to perform either solo or with a group.

During high school and at university (both in the United States) I furthered my musical education by continuing with my vocal coaching, being a part of several touring choirs in the 80s and 90s and completing a minor in music as part of my undergraduate degree. During these years I had the pleasure of being a part of some glorious music making, as we performed repertoire such as Handel’s Messiah, Rutter’s Requiem, contemporary church music, pieces from musicals, and a highlight for me was performing the role of “The Mother” in Gian Carlo Menotti’s one act opera Amahl and the Night Visitors.

Moving to Australia in 1994, I had a lengthy break in any involvement with choral work and it was a very conscious decision in 2018 to reconnect with my love of music. I was thrilled to audition and join UWACS at the end of 2018 and my esteem for the group and the music we create has just grown over these past few years. It is my pleasure to join the committee and contribute to the choir in another capacity.

I joined UWACS in about 2011 when we did Verdi’s Requiem.  I was raised around music and participated in many choirs growing up.  I attended a UWACS concert several times before joining.  Now I feel privileged to join in and find our many concerts with orchestra, organ and soloists a real thrill.  I treasure the friendships I have made at UWACS and look forward to helping on the committee this year.